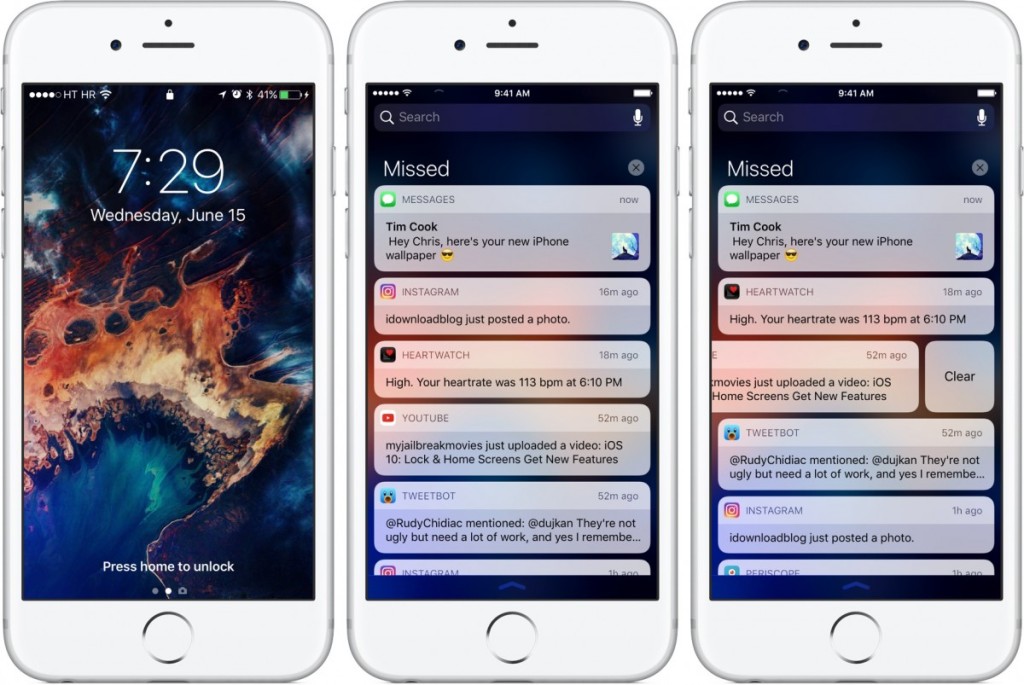 iOS 10 is available September 13th. Messages will be revamped in iOS 10. New features will include animations like balloons, confetti or fireworks that can take over an entire screen to celebrate a special occasion, invisible ink to send a message which is only revealed after a friend swipes over it, and handwritten notes. iOS 10 will automatically suggest emojis that can replace a particular word in a message. Tapback is the new feature which let users respond with a simple tap. Apple is also opening up Messages to developers so they can create apps and other experiences within Messages to let users do more in the chat threads. Siri will be open to third-party developers via the SDK, and developers can now create commands letting Siri interact with their app. Users will be able to call for a cab in Uber or book a table on OpenTable, by using the Hey Siri command. Apple’s SiriKit will help developers design their apps to work with the voice-assistant for messaging, phone calls, photo search, ride booking, personal payments and workouts. Apple Maps will now have a slide up tab showing time to work, calendar appointments etc. Apple is adding its ‘proactive assistance’ feature to Maps to help figure out a user’s route, based on appointments or daily routine. Photos gets an upgrade in iOS 10 to become smarter and help people find photos from forgotten occasions. Memories, as Apple calls it, will scan photos and videos and find forgotten events, trips and people and puts them all in one collection. Currently available for download.

Find out more at: apple.com/ios